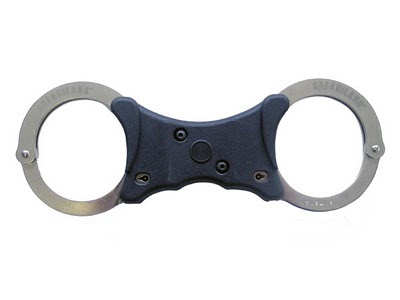 Safariland Speedcuff Hancuffs replace the Hiatt Speecuffs. Invented in the USA in the 1980s, speedcuffs became standard issue in most of the UK. Speedcuffs have never caught on as well in America except for in Kansas where they were invented. Speedcuffs give an arresting officer a greater degree of control. Available at Handcuff Warehouse: Safariland Speedcuffs